Home › Uncategorized › PSRC demonstrates Chapter 6 from the book: How to Lie With Statistics

PSRC demonstrates Chapter 6 from the book: How to Lie With Statistics

Puget Sound Regional Council (PSRC) published this report regarding growth in our region.  There is no doubt we are growing – rapidly.  But PSRC is spreading FUD (fear, uncertainty, doubt) to drive its agenda.  Consider the following graph taken from page 3 of the report: 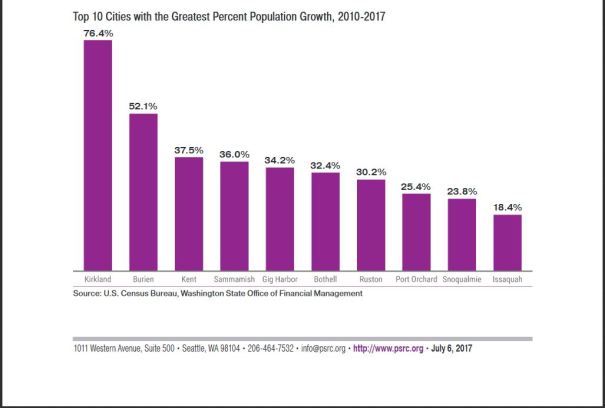 This graph claims Kirkland grew by 76% in just 7 years.  Technically this is true, but this does not mean that the population in the area grew that much.  The reality is that most of that growth came as a result of cities within King County being forced to annex large areas of the county that were not already part of a city.  A crucial fact that PSRC failed to mention that invalidates this graphic entirely.

In fact everyone of these cities expanded their borders by annexation.  For example, this is the massive area that Kirkland annexed as taken from this report by the City of Kirkland: 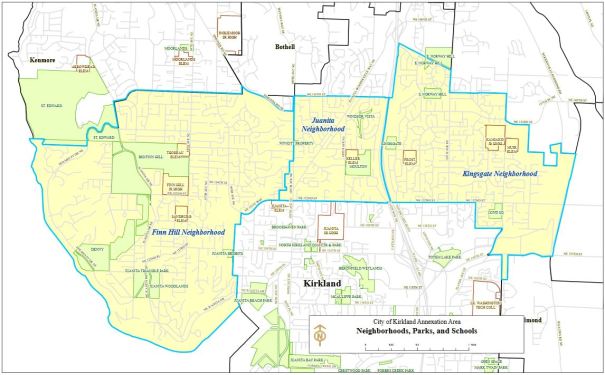 This is a classic example of selectively ignoring key facts to make your argument appear legitimate.  If you don’t like to be lied to by people in positions of authority throwing numbers around, learn how they do it by reading the book: “How to Lie With Statistics” by Darrell Huff.  (You can even find free .pdf versions on the Internet.) It’s a short paperback with less than 150 pages that expose the deceptions like telling a magician’s secrets.  And if false reporting like this bothers you, send an email to info@psrc.org and tell them.  Yes, the region is growing.  But keep the message honest or lose credibility.